A Bear Hug For Carlos 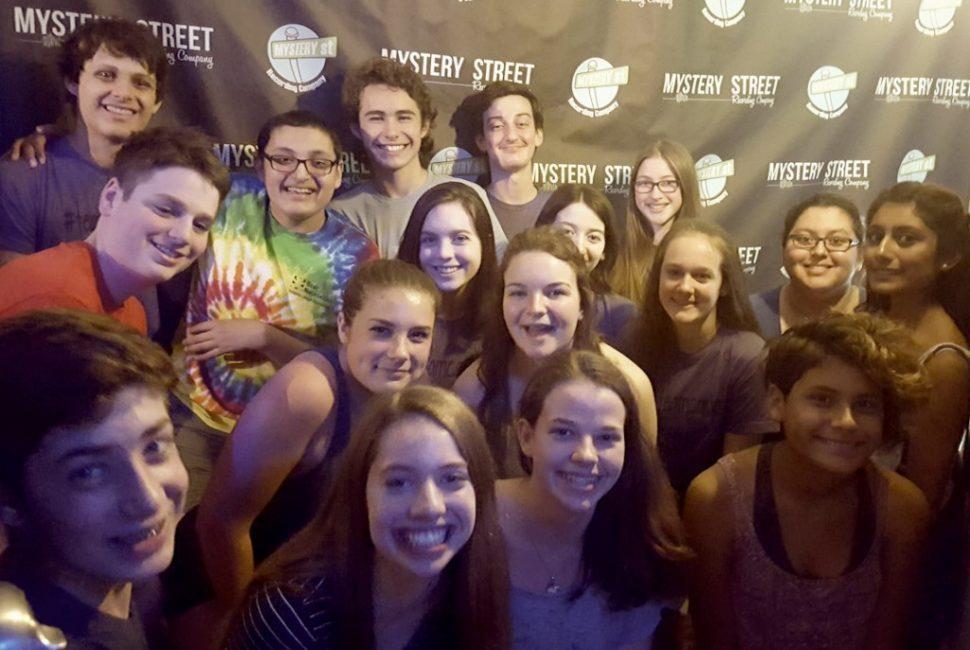 One of the most fun and unique services that we provide here at Mystery Street are the karaoke parties for kids. For 3 hours, we open up the studio for an unforgettable birthday party where kids can sing their favorite songs into professional microphones and get a copy of their performances afterwards on a customized CD. It’s always rewarding to help kids celebrate their birthdays while also allowing them to glimpse a real recording studio, but last month we hosted a particularly special party for a very brave young man named Carlos.

We were first contacted by Bear Necessities, a Chicago-based non-profit pediatric cancer foundation. Founded in 1992, the twin programs of the organization are Bear Discoveries, a grant program that seeks to research tools to fight pediatric cancer, and Bear Hugs, a program that seeks to create unique experiences for kids ages 0-19 who are going through cancer treatments. According to Hannah Witte, Bear Necessities’ co-director of Programs and Services, “we’re really trying to make each Bear Hug a huge sunshine moment in the middle of a very hard thing that these kids are going through.” Bear Necessities was referred to Carlos Meija, who was recently diagnosed with leukemia. It was natural that Carlos’ love of music would be the focus of his Bear Hug. “His social workers already knew he loves to sing. When he’s in the hospital, he sings to the nurses,” said Witte. “So we did some research on who offered karaoke options for a kids’ age group in his neighborhood and found Mystery Street.”

On the day of the party, our staff engineer Dan Norman and intern Austin Walsh set up Studio A with a table for pizza and refreshments, Studio B with microphones and headphones and got the control room ready to capture all the performances before the party arrived. According to Austin, “Carlos was so outgoing and had a lot of great friends that were there to support him. Some of them were wearing shirts that said Team Carlos. So just to see him at his age, a freshman in high school, with the amount of friends he has that care for him was really heartwarming.”

As each song played, Carlos was never far from the microphone, singing on nearly every song. “Toward the end of the party, his parents were sitting back here in the control room and it was really interesting to hear the story that went along with each specific song,” Austin continued. “His mom was explaining that “Brave” by Sara Bareilles was a huge song for him because he had been in the hospital for like a month, and he like got to that point in the chemo where he just couldn’t eat. Somewhere along the line, he ran into that song and started singing it, and his mom noticed that he started to eat again, from the introduction of that song. So that was a cool little story to hear.”

To book or learn more about our karaoke parties, go to http://www.mysterystreetrecording.com/rates/karaoke-parties/

To learn more about Bear Necessities or donate, visit their web page at http://www.bearnecessities.org/