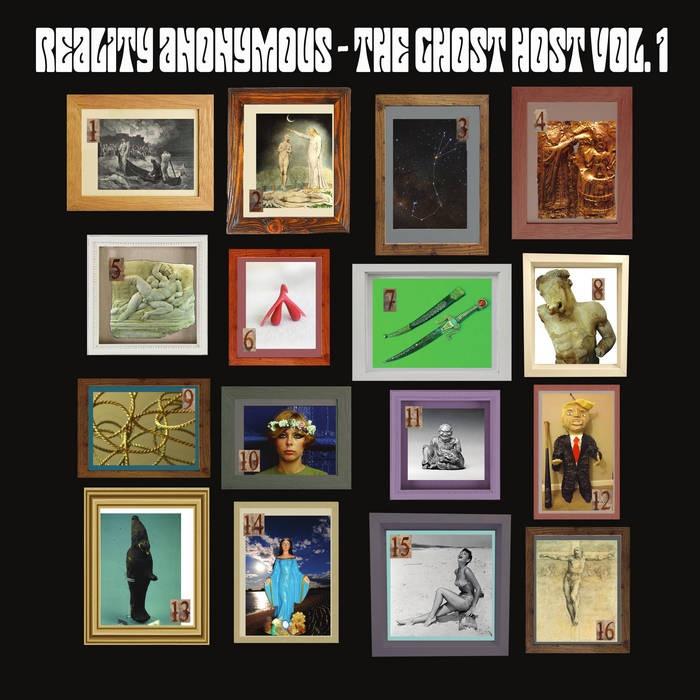 Recorded over several years by Joe Tessone at Mystery Street Recording, the debut album from Reality Anonymous is a Psychedelic Rock masterpiece for modern times. Producer and frontman, Lyn Vaus, sought out some of Chicago’s most talented players to accompany this fuzzy, mindful, and catchy collection of songs.

“The Ghost Host Vol. 1, the new album from Vaus’s trio Reality Anonymous, formed in 2018. They recorded the album at Chicago studio Mystery Street, which bills itself as the city’s only solar-powered recording facility. The lead single, “I Love Her Everywhere,” recalls innocent minor-key 60s garage bands such as the Rising Storm and Lazy Smoke, alongside 80s San Francisco Paisley Underground bands the Three O’Clock and the Rain Parade (the latter of which Vaus has called a personal favorite). Reality Anonymous adorn the mournful opening track, “Penny,” with some great fuzz- and vibrato-soaked guitars, and on the epic organ dirge “New Fire” I hear a heavy Jim Morrison influence (or maybe a bit of Phantom’s Divine Comedy, an early-70s band that folks who suspected Morrison had faked his death thought might actually be the Doors). Vaus’s postpunk roots show on the subliminally catchy “Fry Guy” and “Out of Nowhere,” which recall the second Television album, literate Aussie new-pop geniuses the Go-Betweens, and arty UK janglers such as Felt and the Chameleons. The 16-track album concludes with the darkly dreamy “The Rest in Peace,” whose loner private-press vibe reminds me of rarities such as Damon’s late-60s psych-folk masterpiece Song of a Gypsy. Together, these deep songs look to the past and future, and ought to help Chicago become a weird-pop haven once again.”

Check out an official music video below and buy the album on bandcamp!