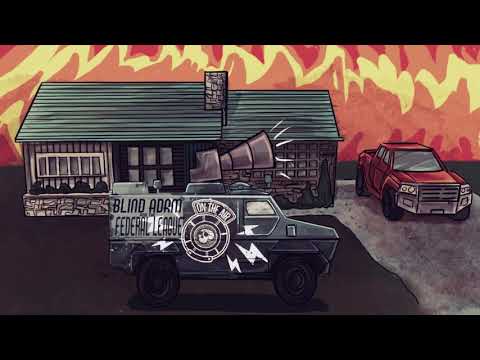 Our friends Blind Adam and The Federal League has released a new music video for their song “An Act of Desperation”, which was mastered at Mystery Street by owner and lead engineer Joe Tessone. Check out the music and article below to learn about their motivation for this song.

Video Premiere: Blind Adam and The Federal League – ‘An Act of Desperation’

The Chicago alternative country band Blind Adam and The Federal League was set to release their second LP this past June on A-F Records , but the world had different plans. Because everything is literally and figuratively on fire right now their next record has been postponed 2021. Sorry cowpokes.

On the inspiration for their new video, the band offered the following:

“When the news came out about Oscar Alberto Martínez Ramírez and his nearly 2-year-old daughter, Valeria being found washed up on the banks of the Rio Grande in an attempt to make it into the United States to seek asylum I was immediately heartbroken and angry. ‘An Act of Desperation’ was one of those songs that kind of wrote itself. It is the final track and namesake of the album that we are still not sure of a release date for. Our friend Nicholas Leffler did the music video, we had hoped to release some time around the original album release. Unfortunately, A-F Records was basically in a holding pattern for months with the uncertainty of the pandemic and we thought it was important to get this song and video out before the election. I know our song isn’t going to make the difference but I do think like minded people might find some solace in it and who knows, maybe it will touch a nerve with a few white suburban Trump supporters that like to think of themselves as “good people.” The song and video are extremely on the nose and that is intentional, I hope some Trump people see it and I hope it makes them upset, I hope it makes them do some self reflection, I don’t really expect it to fundamentally change anybody but I hope it at least plants a seed.”